We are a family friendly, locally owned, Launceston dental practice dealing with all dental aspects.
Call Us
Book Online

At our Pickup Bagshaw Dental practice,  we put your comfort and your health first. Whether old or new we are always delighted to see you and have you becoming part of our family.

At PickupBagshaw Dental we are welcoming new patients to our practice.

If you are thinking of booking in a regular check-up, want a thorough examination or have an unfortunate accident regarding one of your tooth we are here to help.

Just give our friendly reception team a call and let us know how we can help you. Making sure you get that healthy smile

Our Key Steps For New Patients

Upon arrival, you will be greeted by one of our friendly team members who will ask you to fill in a form & provide us with your personal details, including your medical history.

Discussion with one of our dentists

Once completed, you will meet with our dentist in who will take down your information and ask you any questions regarding your medical history. The dentist will then examine your mouth and take a series of x-rays of your teeth (if required), to see if there are any other issues that could affect your oral health as well as its current condition.

Once the treatment options are discussed in length, if needed, a treatment plan is created, mainly for large issues that need multiple appointments. If it is a minor issue that can be fixed, our team will provide you with information how to maintain a good oral hygiene routine, as well as when your next dental appointment is needed.

We help clients their smile problems

Proudly serving Launceston for over 70 years, we're your trusted team of dental professionals you and your family can rely on

One of the few Launceston dental practices that use happy gas. We don't let anxiety stand in the way of giving you the smile you always wanted.

Our practice sees emergency patients if possible. Our caring ADA certified staff are dedicated to getting our patients out of pain ASAP!

We specialise in family and children’s dentistry and orthodontics.

Join our family here at Pickup Bagshaw Dental! Come meet our fantastic staff and sophisticated dentists and see why patients are raving about their experience. We welcome all new and current patients to explore the treatments and procedures that we offer. Dr. John Pickup was educated at Smithton High, Launceston Church Grammar School and later obtained a B.D.S at Adelaide University. He took over the practice from Dr. Eric Marks after returning from the U.K, where he worked, studied, and played hockey and cricket for several years.

He pioneered dental implants in Tasmania in 1980 and was awarded the fellowship of the International Congress of Oral Implantologists in May 1992 and the Fellowship of the American Society of Osseointergration in February 1993.

He has taught and lectured other dentists in Australia both in implants and split bone technique for removal of wisdom teeth. He has practiced orthodontics for 30 years as a general practitioner and has used the opportunity to follow up successfully treated patients for many years.

He and Dr. Bagshaw now have included the practice of orthotropics (see John Mew, Bill Hang) and treat children from the age of 4+ years,with an emphasis on airways, snoring and jaw bone development. Dr. Pickup played hockey and cricket for many years culminating in being the mens and later womens indoor hockey state coach, and Australian Men’s Indoor Hockey Coach.

He maintains a keen interest in the science of agriculture. Dr. Pickup is married to Margaret and together they have four daughters and 12 grandchildren. Dr. Tony Bagshaw has over 20 years of experience providing the best orthodontic and dental treatment to both young and the elderly.

Dr. Bagshaw grew up in Goondiwindi Queensland, went to school in Toowoomba and completed his dental training in Brisbane.

He moved to Launceston Tasmania in 1995 where he met his wife Alison and had four children, Elliot, Poppy, Fletcher and Austin.

In his spare time Dr. Bagshaw enjoys cycling, travelling and spending time with his family. Dr Bagshaw practices all aspects of dentistry including porcelain and composite veneers, implants and any cosmetic dentistry. Dr Thomas was born on the Gold Coast, and grew up in Geelong (Victoria) Dr. Thomas studied a Bachelor of Dental Surgery in Cairns (Queensland).

She enjoys travelling, diving and baking. She loves living in a cooler climate here in Launceston with her partner James and two beautiful dogs Arnold and Hugo.

Dr Thomas is committed to providing you and your family with excellent dental health care in a professional and friendly manner.

She has a special interest in paediatric and preventative dentistry, so come see Dr. Thomas today for all your family’s dental needs. John decided to become a dentist at a fairly young age. It was heavily influenced by his Auntie whom he was fortunate enough to watch and observe.

John loves the artistic aspect of dentistry that no one really considers. The dental profession put together the things he values most; artistry, teaching, and the generic helping others in need.

These realisations helped him pave a pathway to where he is today.

From training to be a dental technician in years 11 & 12, to undergraduate and post graduate study to becoming a fully fledged dentist. Tara Brooks grew up on a farm in country Victoria before moving to Adelaide to study a diploma of Dental Hygiene.

Tara practiced as a Dental Hygienist in a busy dental clinic in the central business district of Adelaide for 16 years and helped pioneer a Government scheme to introduce dental treatment and oral hygiene programs to Aged Care Residents.

Tara moved to Launceston in 2016 to fulfill a lifelong dream of living in beautiful Tasmania with her husband Francis and son Thomas. In her spare time Tara delights in the bushwalking, beaches, fresh air and world class produce that Tasmania has to offer.

Our professional team works to accommodate to your dental needs and comfort.

For questions or want to make an appointment, please call us on:

For questions or want to make an appointment, please email us via:

5 Reasons To Choose Us 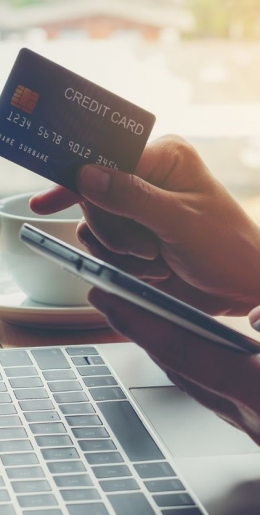 All of our customers trust their smile to us

Will Give You Clear Reasons to Smile Bright!

Not many dental practices can say they have over 70 years of combined experience in various dental fields, including general, preventative and restorative treatment.

In our warm and welcoming office, patients are given top-notch care and attention. We firmly believe in keeping our patients comfortable, informed, and empowered to choose their treatments.

Conveniently located in the Launceston CBD, we also have HICAPS/EFTPOS facilities available.

Dr Josephine was wonderful – really thorough and explained everything in an easily understandable manner. Staff were friendly. Treatment rooms were clean and spacious. They were also happy to take on new clients.

I am not a lover of going to the dentist, but the staff make you feel at ease. I had Dr Josie Thomas who was so friendly and made me feel comfortable. I have a few more things that need doing, so looking forward to seeing them all again 😊 Highly recommend them!

I would like to take the opportunity to thank you for the great work you’ve done to me the best teeth cleaning I’ve ever had! A special thanks to Dr Christopher Bott for the exam that he done on my teeth and the awesome work adjusting crowns on my teeth! A special thanks to the dental assistants who were working hard all the time looking after me. Thank you very much to the receptionists for organising my appointments with their awesome smiles! You guys are number one!

Thank you Dr Thomasand for fixing my tooth today. I have always been scared of the Dentist and they both made me feel very safe in her care. This is the first time I’ve ever been to the Dentist and not had any pain afterwards, and the tooth they fixed- you wouldn’t even know it had broke in the first place! A wonderful team that I highly recommend.

I highly recommend the dentists and staff at Pickup Bagshaw Dental for their knowledge, compassion and professionalism. They have the very latest equipment and provide all aspects of dentistry for the whole family. You know you’re getting the very best dental care.

I would like to thank all the staff and the Mr Pickup & Partners for the wonderful service that they provide. We live on the North West Coast of Tasmania and are more than happy to travel to Launceston for my wife to receive treatment. The professionalisim that they operate thier business is without doubt the best thier is. The prices they charge are fantastic. And as a plus they use gas to help ease thier patients nerves is a plus. Kepp up the great work. And as always it is a please to come to you. Will recommend you to all my friends.

The orthotrophic process for our 8-year old daughter has been very successful. It has resulted in excellent alignment and visible improvement in jaw structure